skip to main | skip to sidebar

Welcome to this blog

Most, if not all of the posts shown here are taken, extracted from or related to the research of the man with a name that is named Vic Beck. Thank you Hallow.

All new informations will be posted at a new blogsite:

To Be a Man

Our Bought and Sold Out Land 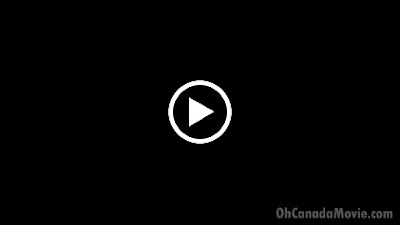 Clicking on the image will redirect you to another site to watch the movie.

Freedom from Debt: New Reality Transmission: "On 11-11, 2010, one million people across the globe will mentally project a unified vision of a new paradigm for our species... a new realit..."
at 4:20 AM

As you know, back in either November or December of 2009 we asked for some financial support in the way of donations so the information can continue to flow.
We received somewhere between $1500.00 and $1800.00 which is long gone and if I have to keep continue asking every 4 months generates a grand total of $7200.00 max. Donations of the last 2 seminars totaled about $2000.00 (thanx to one gal who gave $1000.00, thank you again) and so I have no shame in saying that as of April 9, 2010 the information will cease to flow from here; bb@trytel.net will be cut off.
I am not doing this like this anymore and I am not asking for donations here because living off less than $7,200.00 just ain't cutting it.
So this is not a request for donations and do not send any money because the tid bits are a tease that do not cover much of the costs of sharing information freely nor leave any for me to enjoy life beyond sitting here sharing my thoughts and findings with you..............
I am not pleased about this but you can see by the math that one cannot in this day and age eat let alone maintain services to provide free information services.............
There are lots of teachers out there, PT, Winston and others, who charge for information and who receive thousands of dollars per seminar and for services who can provide you with information although in a different direction than the path I am on.
Those who joined the Giver program will either get their money back when it is available or be advised of the remedy.
The information sent these last few days is the ticket and you can figure out from there what to do.
I am sorry that it comes down to ending this way but I ask for help and receive peanuts and I have no more assets to sell to cover for this free information service.
I will share my closing comments before going off line......................
With love
at 8:18 AM

The information posted here should be considered as a work in progress, like a book in progress, not finished or conclusionary. We are on a journey toward a destination and the information here is part of it in that it is leading somewhere. Since the book is not finished yet, the ending is unknown. Therefore, if you take action based on information available on this site, you do so knowing that it is not complete from the perspective of the messenger, and knowing the risks involved in acting on someone else's incomplete facts. The messenger delivers the message but the interpreter is responsible for his or her interpretation(s). You make the sense of it. You do not know what the messenger knows and the words of the messenger do not carry all that the messenger knows that is incorporated in and that backs every word. Your interpretation of the words may not be exactly as meant by the messenger. It is suggested that you get together in groups and discuss the information in conjunction with other research and other messengers, forming your own conclusions. All information is received and given freely. No restrictions apply.